A Quick Fox Jumps over the Cwm Fjord-Bank Glyph Biz 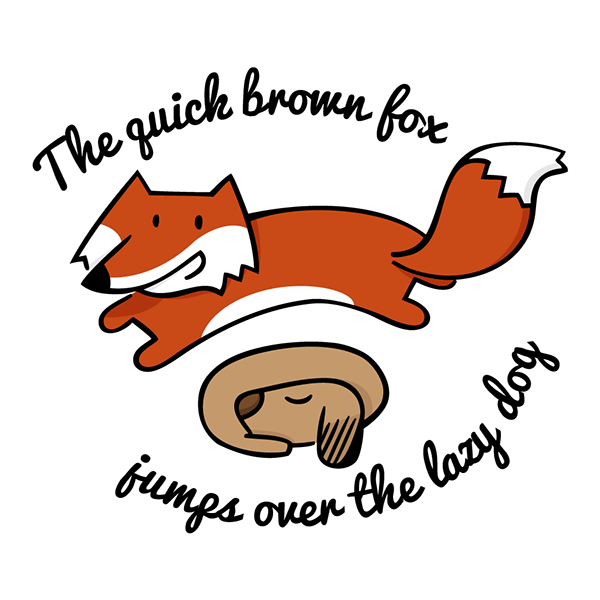 Russell Slocum
Reading, Pennsylvania
A quick brown fox jumps over the lazy dog is a popular grammar school writing exercise incorporating all 26 letters of the alphabet in a 33-letter sentence. For those wishing to shorten the lesson, it may also be the seed of an obsession.

Holo-alphabetic sentences can be addicting. Unpraised holo-alphabaddicts have spent a good deal of time determining that Ezra 7:21 is the only Biblical verse containing all the letters, although it takes 170 letters to do it and excludes j, which wasn’t around for the translation. But creating a 26-letter holo-alphabetic sentence is the goal of most. Perhaps driven to desperation, Augustus DeMorgan, a 19th-century mathematician, used the pre-15th century alphabet (no j and an ambiguous v) to reach 26 with I, quartz pyx, who fling mud beds.

Using the modern alphabet, it has been comparatively easy to create holo-alphabetic sentences of between 29 and 33 letters. There’s the story of the World War I cryptoanalyst who wrote home requesting, “Pack my bag with five dozen liquor jugs,” and the likes of Quick wafting zephyrs vex bold Jim. In 1964 a magazine contest for the shortest ended in a tie at 28 letters: Waltz, nymph, for quick jigs vex Bud; and slightly more obscure, Blowzy frights vex, and jump quick.

Complicated modifiers and implied articles raise the question of what constitutes a valid sentence. But in the heat of condensation, interest in content usually becomes secondary to overcoming the greatest obstacle, the ratio of six vowels to twenty consonants. Bringing the vowelless nth into the game better balances the groups, but as the sentences shrink their meanings often become less lucid. For example: `Endless zigging and zagging through legal loopholes prevented the diminutive employees of an Iranian pyx manufacturer from turning their products into music boxes,’ or, in other words and 27 letters, Nth zigs block Qum dwarf jive pyx. In 26 leters: `an esteemed Iranian shyster was provoked when he himself was cheated. An alleged seaside ski resort he purchased proved instead to be a glacier of countless oil-abundant fjords,’ or Nth black fjords vex Qum gyp wiz.

In addition to nth there is cwm a noun meaning a rounded valley or natural amphitheater. `An eccentric’s annoyance upon finding ancient inscriptions on the side of a fjord in a rounded valley’ can be phrased as Cwm fjord-bank glyphs vext quiz. Telling of his `irritation at being cheated by a promoter’s endless balking,’ a brief Chapter II in the eccentric’s life might read, Nth balks gyp, vex cwm fjord quiz.

Although the use of nth and cwm in a sentence leaves only fourteen consonants to mesh with the six vowels, seemingly incompatible groupings in the former category often appear. In fact, it seems necessary to include fjord or fjeld in the sentence to keep it at 26 letters. An example using the latter word: `A famous singer from a plateau valley (an unnatural wonder) was cheated in a wager concerning the infinite nature of quarks, a business he did not wholly understand’–Nth quark biz gyps cwm fjeld vox.

With the ultimate concision attained, it remains only to devise the most comprehensible holo-alphabetic sentence. While some of the preceding may seem contrived, word collections like Nth cwm fjeld barks gyp quiz vox make them seem relatively clear. Yet the number of possible combinations of the 26 letters is 27 digits long. There must be a few more that make sense.