New Blood in the Namestream 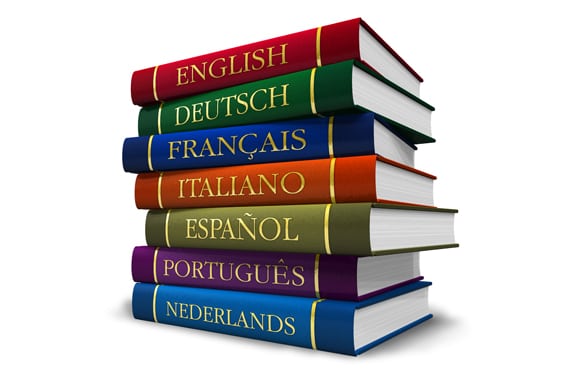 The most respected mechanic in the village of St. Martin d’Ardèche, not far from where I live, is called Monsieur Salaud. And in another nearby village the job of mayor is held down by the amiable Madame Bordel. Perfectly ordinary-sounding French names–with the sole drawback that salaud means ‘bastard’ and bordel means ‘brothel’; and all over France these unfortunates have for company the bearers of such names as Lacrotte ‘turd,’ Vachier ‘piss off,’ Connard ‘bloody fool,’ and Putin ‘whore’–not to mention such real unprintables like Baize and Ducon.

Having a name in this category is no fun in any language–I speak from bitter personal experience–but at least in most Anglo-Saxon countries effecting a change poses no great problem. Not so in France, where names are part of the patrimoine, the national heritage, and are not to be altered or forsaken lightly:a poet friend had to spend several years and a lot of money to get a missing s restored to the offical version of his surname, so that now, instead of being Bâtard ‘mongrel’ he’s plain old Bastard and, what’s more, is very happy about it.

But to get back to Whores, Brothels, and so on. Some of them felt strongly enough about their situation to form a pressure group and now, after a long struggle, the government has caved in:a recent Journal officiel lists four pages of people who are to be allowed to change their names–when they can come up with the 2000 franc (+/- $325) fee.

It is not, however, a matter of “you pays your money and you takes your choice.” For the Journal officiel also provides the alternative names acceptable to the Fifth Republic; and if the Putins, for example, do not like “Pertin,” well hard cheese, they’ll just have to stay as they are. While the Salauds get a government-guaranteed Hobson’s Choice:”Saland” is going to remind everybody of that unloved ultra-right general of the Algerian war period and God help anybody called “Asslot” who ever gets the urge to travel in the English-speaking world.

On the credit side two gentlemen called Hitler can now safely come out of their bunkers:they’ll be known henceforth as Hiler and at school their children may enjoy a peace that the fathers (and I for that matter) never knew.

One imagines that the majority of the Cocus ‘cuckolds,’ Beaunichons ‘nice tits,’ Boccons (unprintable again), and their comrades in suffering are going to take more or less gratefully whatever name the state cedes them. But in doing so they are going to break the heart of Michel Tesnières of the French Onomastic Society. Onomastics is basically the science of worrying about names and Monsieur Tesnières–an appellation, as it happens, regrettably free of all sexual or scatological interest–is much exercised by the fact that three centuries from now 97 per cent of all French family names will have vanished, with only 7500 surviving out of the estimated present stock of 250,000.

Up until the 17th century you could call yourself anything you liked in France (which makes you wonder what the ancestors of today’s Bastards and Turds were thinking of), but in these more prosaic and regulated times a number of ordinary everyday factors is gradually eroding this part of the patrimoine. The French, to the despair of every government since the Revolution of 1789, are notoriously good at not having babies, and even then half the production at any given time are girls who do not usually pass on their names when they marry. Men are free to pass on their names as much as they like, but some do not marry while others marry and remain childless. Add to this those perverse types who voluntarily renounce such fine family designations as Cupissol ‘Arsepiss’ and the result, according to an anguished M. Tesnières, is that 70 out of every 100 current surnames disappear in the course of a single generation

Already the nation is top-heavy, with 25 per cent of the population sharing 0.4 per cent of the available names. The twelve commonest names now embrace a million people, with the Martins–there are already 168,000 of them–heading the list. Maybe when the crunch comes in 300 years’ time the Martins, who will in theory be one in 20 of the population, will start demanding the right to call themselves Brothels or Bloody Fools.

One thing M. Tesnières hasn’t reckoned with, though, is the Anglo-Saxon input. The vogue for first names such as James (pronounced jemss) is still far from its peak, and freedom of movement within the EEC means that English surnames are becoming more and more common here. Already a quick scan of the local phone book reveals the presence of the Broadbents, Coxes, Cockles, Willings, Whitworths, and Crackenthorpes. Not that the English have a monopoly when it comes to, as it were, injecting new blood into the namestream. The Irish haven’t been wasting their time either. Friends in Bordeaux swear by a French plumber called Patrick McGarvey and our municipal musical school is overseen by that genial organist–and Frenchman–Rory Nelson.

Just a little effort on the part of people with names like this–put Cox with Willing, for example, and something has to happen–could take some of the strain off the neurotically prolific Martins, Bernards, and Petits and send a welcome ray of sunshine into the gloom-filled halls of the French Onomastic Society. But on second thoughts, maybe not. M. Tesnières would doubtless see this foreign intrusion as poor compensation for the loss of his homegrown Whores, Bastards, and Hitlers.

“Built of sandstone bricks and 25 ft tall, Fuller’s remains were placed beneath the floor of this mausoleum on his death in 1834.” [From The Independent, 12 December 1995, Section Two Submitted by Tony Hall, Chearsley, Buckinghamshire.]