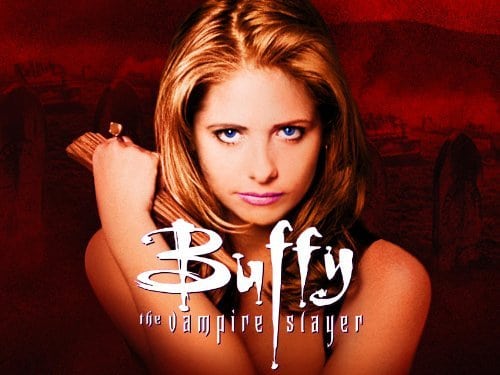 While neighboring sunbathers tan to the latest religious-conspiracy novel or Washington-insider tell-all, you can relax with one or another great book about language, some of them stranger than fiction or politics.

For instance, it’s difficult to put down Stefan Fatsis’s Word Freak: Heartbreak, Triumph, Genius, and Obsession in the World of Competitive SCRABBLE Players (Penguin, 2001), in which various expert players wrestle with their personal demons and the phonotactic constraints of English in pursuit of the perfect game. The book’s longest arc is Fatsis’s own rise from dabbling journalist, playing pick up games in Washington Square Park, to bona fide expert player and tournament champ. If you enjoyed Simon Winchester’s The Professor and the Madman: A Tale of Murder, Insanity, and the Making of the Oxford English Dictionary (Perennial, 1999), you will revel in Richard W. Bailey’s Rogue Scholar: Edward H. Rulloff, Scholar and Murderer (University of Michigan Press, 2003), the story of a criminal philologist who makes Dr. Minor seem normal and something like a model citizen. Summer is a great time to read (or re-read) the classics: for a different sort of biographical adventure, you can’t improve on K. M. Elisabeth Murray’s Caught in the Web of Words: James Murray and the Oxford English Dictionary — you might find the bulkier hardcover, published by Yale University Press (1977), while rooting around in the local used book store, though the trim paperback is easier to pack with sandwiches and sunscreen.

Books such as these can be dangerous on the beach house cocktail circuit, though: if I am in the middle of an absorbing narrative and someone makes the mistake of asking me what I’m reading, I subject all those around me to an unsociable synopsis (my own fault, I realize, not that of the books) — if they weren’t already drinking, doubtless I would drive them to it. For conversational purposes, you can’t beat Allan Metcalf’s The World in So Many Words (Houghton Mifflin, 1999), which traverses the globe in search of words, some exotic and some unexpectedly common, borrowed into English. How satisfying to drop the fact that we borrowed jaguar from Guarani (a language of Paraguay), just as one pulls into the driveway! And what prospective partner could resist when you look into his or her eyes and observe that tango comes to us through Ibibio (a language of Nigeria)? Metcalf’s book is learned and fun, but useful, too. And when you have disseminated liberally what you’ve learned from The World in So Many Words (or can’t remember whom you’ve regaled with stories of which words), you can rely on Metcalf’s other books to boost your popularity: America in So Many Words (written with David K. Barnhart, Houghton Mifflin, 1997), How We Talk: American Regional English Today (Houghton Mifflin, 2001), and, most recently, Predicting New Words: The Secrets of Their Success (Houghton Mifflin, 2002).

America in So Many Words and The World in So Many Words are written in short sections, a couple of pages per word, and thus make exceptional bedside reading. So does Geoffrey Nunberg’s The Way We Talk Now (Houghton Mifflin, 2001), a collection of his radio essays about language for NPR’s Fresh Air with Terry Gross. Nunberg has an infallible ear for what’s current and interesting in American speech. His essays are clever and elegantly written: no one packs more into a thousand words. You may pick the book up for a linguistic nightcap and suddenly find yourself reading well after your usual bedtime, intoxicated with words. But don’t worry — you’re on vacation, and there’s no hangover.

Walt Wolfram and Natalie Schilling-Estes have written a pleasant account of an endangered regional variety of American English, Hoi Toide on the Outer Banks: The Story of the Ocracoke Brogue (University of North Carolina Press, 1997). The book accounts for Ocracoke history and culture and is chock full of linguistic facts, including a glossary of Ocracoke terms. It even has pictures! If you summer in the Outer Banks, keep this book on your coffee table: your guests will want to read it, too.

Though you go to the beach for fun in the sun, you have to prepare for long, rainy days conducive to sustained reading. If you are interested in the anthropology of language, Robin Dunbar’s Grooming, Gossip, and the Evolution of Language (Harvard University Press, 1996) is an accessible, informative, and challenging work, though neither as provocative, nor as immediately important, as John Baugh’s Out of the Mouths of Slaves: African American Language and Educational Malpractice (University of Texas Press, 1999). Spoken Soul: The Story of Black English, by John R. Rickford and Russell John Rickford (Wiley, 2000) is an engrossing and very readable cultural history of African American English. And for those interested in lexicography, Herbert C. Morton’s The Story of Webster’s Third: Philip Gove’s Controversial Dictionary and Its Critics (Cambridge University Press, 1994) will help to while away the housebound hours.

You can only carry so many books to the beach and only spend so many hours reading — there are many other fun summer things to do! Thus a useful list of recommendations for summer reading is necessarily a short one.

But don’t forget to pack the latest issue of Verbatim.

Michael Adams is the author of Slayer Slang: A Buffy the Vampire Slayer Lexicon (Oxford University Press, 2003), another good summer book, especially for those Buffyholics trapped at the beach without a television.